What is there to celebrate about Equal Pay Day in 2021?

Each year, I cringingly celebrate Equal Pay Day. I always say I’m going to take the day off, but I never do. What I usually do instead is dedicate some time to reflect on exactly what it is that we are recognizing with Equal Pay Day.

Equal Pay Day was originated by the National Committee on Pay Equity (NCPE) in 1996 as a public awareness event to illustrate the gap between men's and women's wages. This date symbolizes how far into the year women must work to earn what men earned in the previous year.

In 2009, I really started paying attention to the statistics behind this day and a few years later began to deliver sessions at some national level conferences talking about Lean In, The Confidence Code, and Feminist Fight Club. As I talked with more people about what it meant to me to be a feminist, I expressed my feelings in the form of a spreadsheet (and a chart). The data from this chart comes from a much larger publication from the U.S. Census Bureau, and you can get your very own data here.

If you follow through the trend, at the current rate, it will take until 2060 for women to achieve equal pay. I’ll be 90. This means that equal pay will likely never be reached in my lifetime. 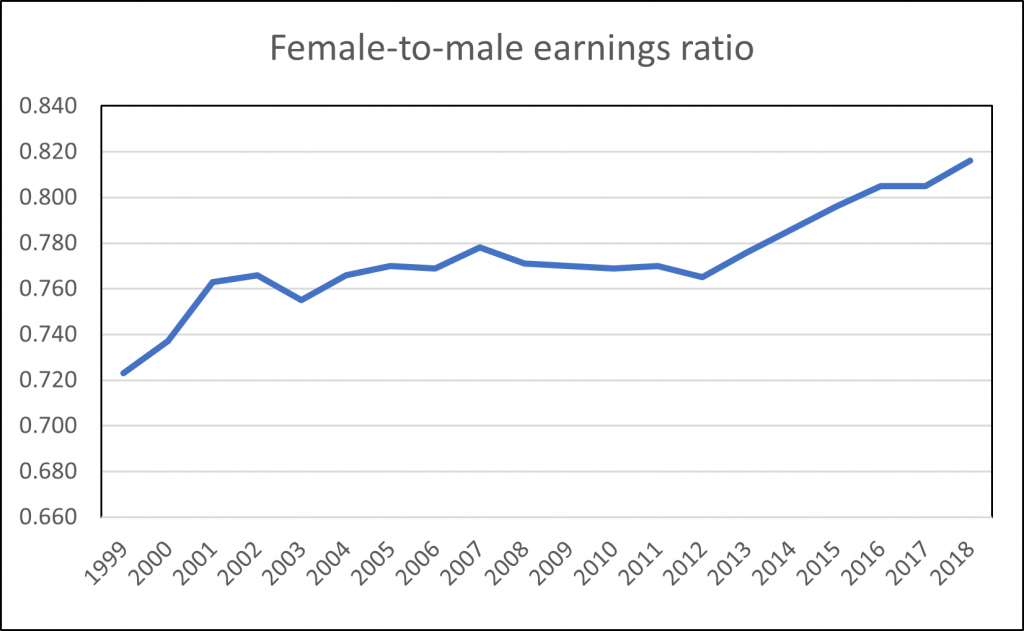 This data was what got me really fired up. The idea that, from 2007 to 2012, we actually began to lose ground on equal pay made me very determined to make a bigger difference.

I learned a lot over the years about what was behind the calculation of Equal Pay Day and what the stats were behind the number of women in the workforce and trends over time. Here are a few for you to reflect on today.

… although women make up almost half of the entry-level workforce, they hold only about a third of manager-level roles and less than a quarter of C-suite positions.

Women in the Workplace: Insights from 5 years of research | Lean In

The Covid-19 crisis has disrupted corporate America in ways we’ve never seen before. No one is experiencing business as usual, but women—especially mothers, senior-level women and Black women—are facing distinct challenges.

One in four women are considering downshifting their careers or leaving the workforce due to Covid-19. Without bold steps, companies could lose millions of women and erase all the progress we’ve made toward gender diversity in the six years of this study.

Learn more about how Covid-19 has impacted working mothers, senior-level women, and Black women below—and read the report for a framework for taking action.
Women in the Workplace 2020 (leanin.org)

So, what is there to celebrate here? This is what I’m excited about:

In 2021, Equal Pay Day is the earliest it has ever been since 1996,
which is the year it was first celebrated.

I missed this realization last year, but as I was putting together my list of things to do in April, I couldn’t find Equal Pay Day! Which of course led to the realization that we are celebrating at the earliest date ever. This, along with a re-examination of the Census Bureau data, where I noted that we’ve consistently made progress on the earnings ratio since 2012, have given me a reason to celebrate in this year especially.

Before we all get too carried away, I want to point out that today’s celebration is considered All Women’s Equal Pay Day, which is a calculation of pay for women of all races and abilities. We still have a long way to go to ensure Black, Native American, and Latina women make progress and that Mothers are also supported by these efforts. There are significant differences in when these other groups get to take a breath and reflect on progress made. 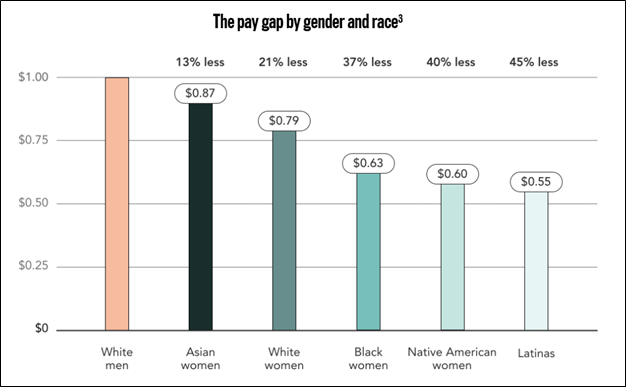 Data about the gender pay gap – Lean In

Mother’s Equal Pay Day is June 4. Mothers are paid 70 cents for every dollar paid to fathers.

I had someone ask me once when I felt the work of feminism was done. The Cambridge dictionary defines feminism as “the belief that women should be allowed the same rights, power, and opportunities as men and be treated in the same way”. I’m a big believer in measurable results, and my commitment to feminism is this: The work doesn’t stop until equal pay is reached.

In the words of a personal hero: 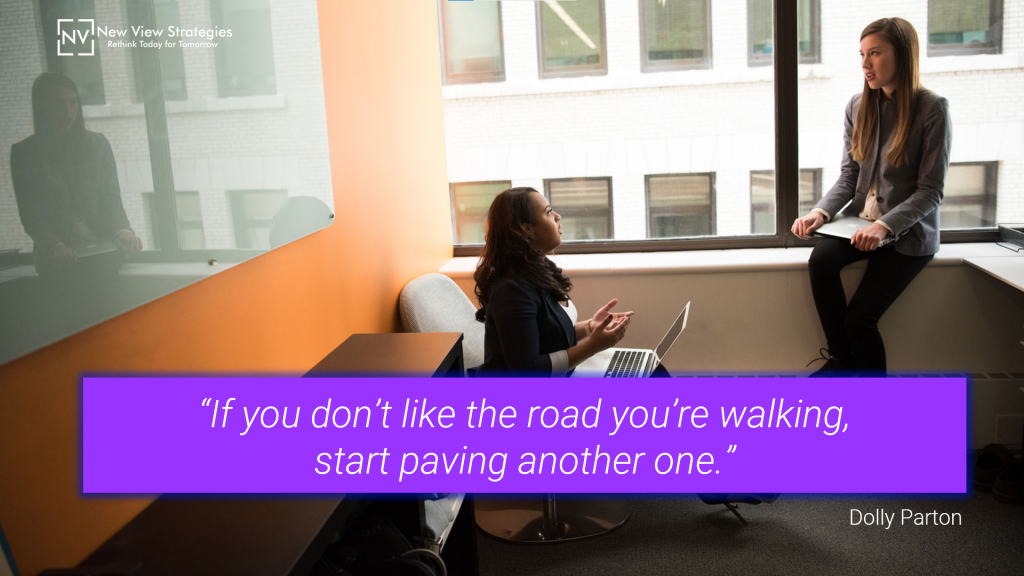 The experts at New View Strategies are experienced Dynamics NAV and Business Central trainers and business process consultants who have walked in your shoes as former Corporate Controllers, Directors of IT, and Solution Architects, and believe increased utilization of your business systems is critical to the continued success of your company.
COMPANY
SERVICESROLE-BASED CLASSESOur TeamOur CompanyMEDIA RELEASESSTRATEGIC PARTNER PROGRAMNVS STOREBLOGTESTIMONIALSCONTACT
SERVICES
CURRENT STATE ASSESSMENTVALUE DRIVEN TRANSFORMATIONCUSTOM TRAINING
SUBSCRIBE TO OUR NEWSLETTER
Subscribe to our newsletter and keep up to date with classes, special registration discounts, and other NVS news